The Two Meetings with Gary Vaynerchuk That Changed My Life 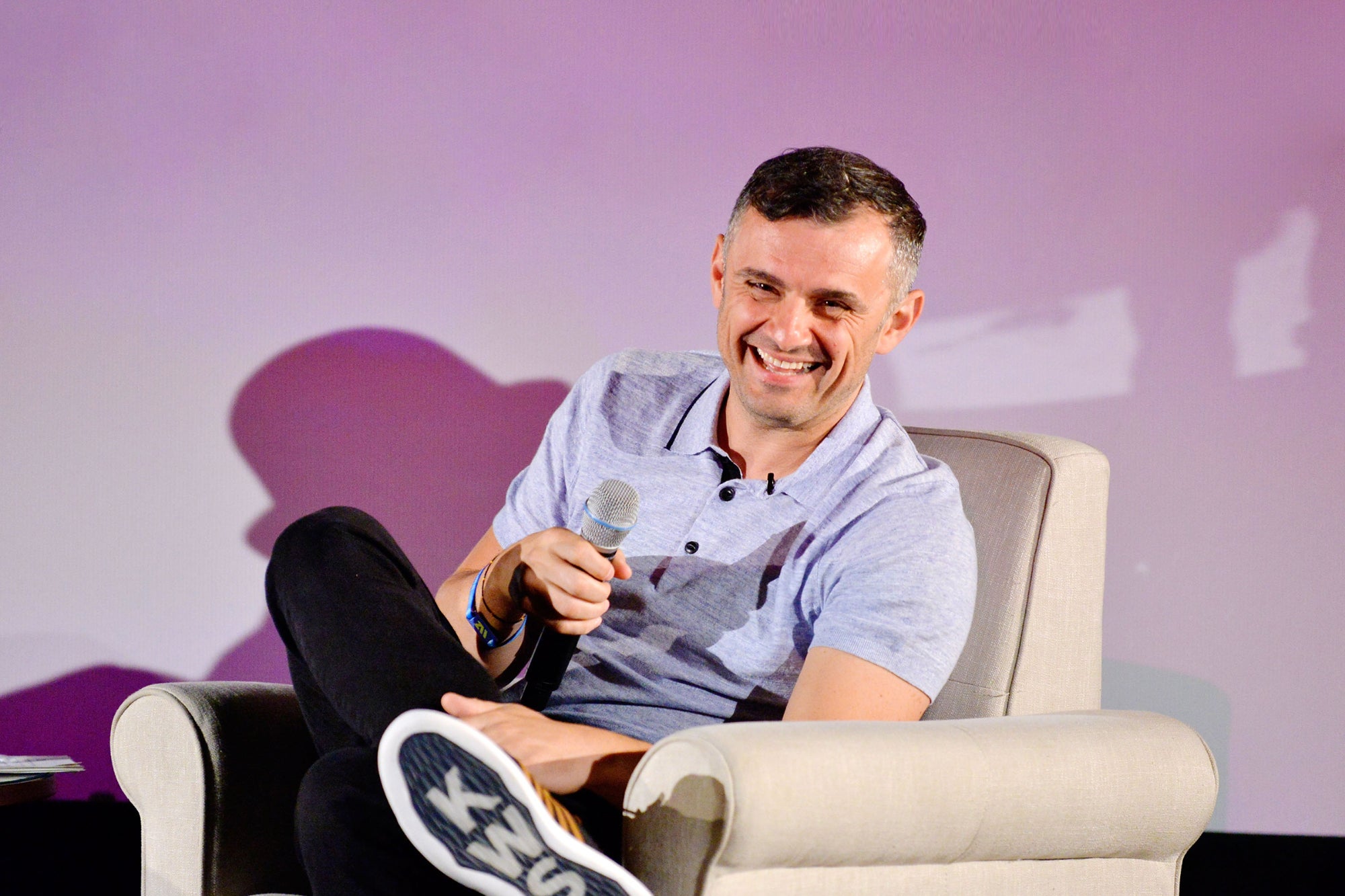 Savvy entrepreneurs are familiar with Gary Vaynerchuk books like #AskGaryVee, Crush It and Crushing It. Those in the social media world know Gary Vaynerchuk as a brilliant marketer and entrepreneur. I had the opportunity to see Vaynerchuk speak before he was a social media phenomenon with eight million Instagram followers, and the lessons he taught that day are ones I still reference today.

It was 2007, and I was one of a group of 300 entrepreneurs who saw Vaynerchuk at his very first public speaking appearance. We had heard of this crazy Russian with the funny name, but none of us knew what to expect. I remember sitting there listening to Vaynerchuk speak and thinking, «This guy is amazing – but I have no idea what he’s talking about.»

Social media was still a burgeoning industry in 2007, and frankly, pretty much his entire talk went right over my head. So he finishes with his speech (no notes or PowerPoint, of course) and then says to the audience: «Any questions?»

I looked around the room, and there was an awkward silence. No one raised their hand. So I slowly put my hand up. Vaynerchuk calls on me. I gulp.

The audience burst into spontaneous laughter and applause. I think a lot of other people were thinking what I was thinking and were glad I spoke up. Vaynerchuk’s response is just one of the brilliant lessons he’s taught me in the decade-plus since then.

When I asked the question, Vaynerchuk didn’t miss a beat. He says to me: “What do you do?»

I said, «I’m a business coach. I help entrepreneurs grow their business and have more financial freedom and time freedom.»

He says, «Perfect! Do you sell books, online courses and coaching programs?»

He says, «Great! Now I want you to start giving away all that stuff for free.»

I sat there, dumbfounded. Remember, this was back in 2007. Today, everyone gives away content to bring attention to their brands and companies. But back then, it seemed like a new concept, at least the way he was saying it.

Long story short: I followed Vaynerchuk’s advice. (My momma didn’t raise no dummy.) I started giving away my content on platforms like Facebook, YouTube, in videos, on my blog and on podcasts. Following his advice has become one of the cornerstones of my customer acquisition model, arguably the most important one.

Related: The Headline That Made Gary Vaynerchuk’s Head Explode

Soon after that first life-changing meeting with Vaynerchuk, I had a second opportunity to spend time with him — this time, when I hosted him in my car. Vaynerchuk was about to go on his very first book tour, so I called his office, asked for his assistant and told them: «Hey, I’m a huge Gary Vee fan, and I’d love to host him while he’s here in Ohio.»

His assistant said, «Great! We were actually looking for somebody to do that.»

I remember how focused and driven Vaynerchuk was, but the thing that stood out to me the most was how he put family first. Vaynerchuk would take phone call after phone call — with CEOs, celebrities, his staff. Because he was in my car, I couldn’t help hearing his end of the conversation. During many of these important phone calls, he’d say this: “Sorry man, I gotta call you back. My wife’s calling.” Then he would click over to speak with his wife, and without the slightest hint of irritation, he’d say: “Hi honey, what’s up?”

Vaynerchuk’s Twitter profile says «Family First,» but that’s something many people in our industry say without actually following through. But I can tell you from firsthand experience that Vaynerchuk does indeed put his family first.

One of the other things I noticed during that trip was how Vaynerchuk never hurried anyone. He was exactly the opposite of many of the divas you see on social media today. For example, after his book signing, I took him to a party that was held in his honor and filled with “Vayniacs” (passionate Gary Vaynerchuk fans).

You might expect the guest of honor to be “too busy” or “too important” to talk to everyone. Well, in many cases, you’d be right. But not our man Gary Vee.

Nope, Vaynerchuk took the time to talk with every single person who wanted to talk with him, no matter how long it took. He was completely present with each person. He looked them in the eyes and really listened to what they were saying.

Related: Gary Vaynerchuk Is Showing Us How to Make It as an Entrepreneur

One big lesson I learned from spending time with Vaynerchuk is that you have to be yourself (as cliché as it sounds). I swear I’m not making this up, but in the two days I spent with him, I never once saw him go to the bathroom; he ate about enough to fill a hummingbird; and according to his schedule, he slept maybe four hours a night.

I finally asked him about that, and he admitted, “I’ve always had a weird metabolism. I don’t need to eat or sleep much.” (I didn’t press him about the bathroom part.)

I’ll always be grateful for the opportunity to spend time with Vaynerchuk and learn from him, as well as for the life and business lessons he taught me that I continue to use today.

How to Know if an Online Marketing Expert is Actually Credible