Everyone Needs a Reminder to Make the Most of Time. Here’s Mine. 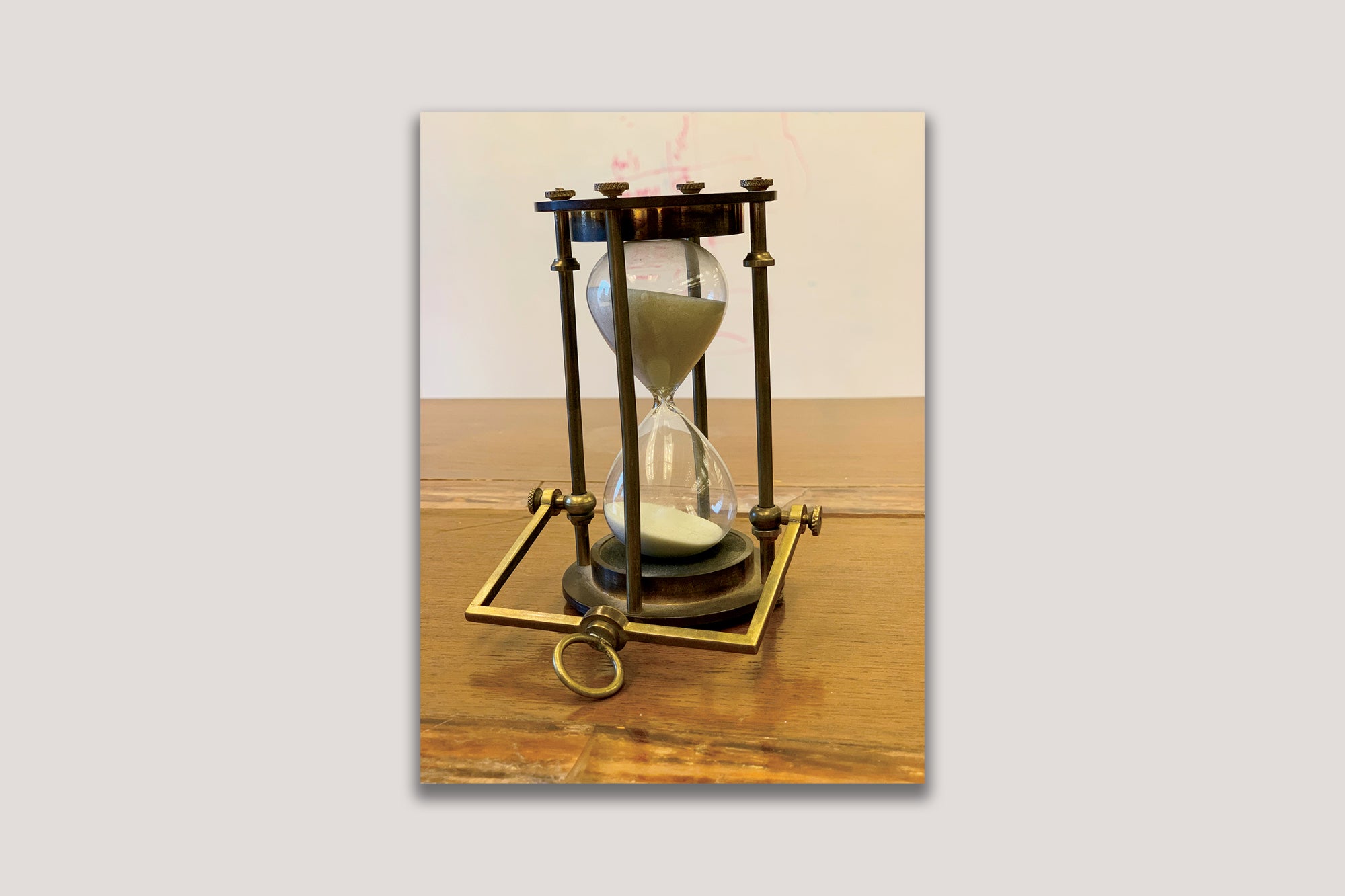 One entrepreneur shares his advice for embracing every minute.

I started my career in 1987 as a new member of the New York City–based U.S. marketing and sales division of IBM. I was just a kid, so a team of senior reps took me under their wings and showed me the ropes.

The lead rep was a man named Frank. He kept a small hourglass on his desk, and the first time I asked him what it was for, he said it was “to time the five minutes of stupidity I can tolerate before telling someone to leave.” I didn’t know him well enough at the time to understand whether he was kidding or serious, but I’d been told to listen to whatever Frank said. So I did.

Related: An Old Lunch Pail Reminds This Founder to Embrace the Tough Times

Over the next year, I learned that Frank was tough but thoughtful. He taught me everything I needed to know about the company, sales, and customers. But it was the day I left his department (I’d been promoted to a different team) that he taught me the most valuable lesson.

He gave me his tiny hourglass as a parting gift, and when I joked that I’d use it the same way he did — to time my tolerance of stupidity — he didn’t laugh. He told me that the trinket’s real purpose was to remind him that time is always passing. He hadn’t always kept that in mind throughout his career, he said; he wanted to make sure I would.

As a 23-year-old, the lesson felt abstract, and time felt infinite. I kept the hourglass on my desk, but I didn’t think about it much.

Today I think about it quite a bit. After several years at IBM, I left to cofound Pequot Ventures, a VC firm that later became FirstMark Capital. I left venture capital in 2015 to start a business called Resonance, a cloud-based technology platform that reimagines every facet of the fashion industry, from raw materials to delivery to the customer’s doorstep. It enables brands to design, sell, and make one garment sustainably and on demand.

Those years of different career choices, each of which stretched my skill set, made the meaning of the hourglass clear: Time is precious. Nothing much may change in the five minutes that the timer actually tracks, but piece them all together and they become your hours, your days, and your weeks.

If you’re not spending them doing what you love, challenging yourself to grow and build and evolve, then you’re simply wasting your time. Frank never wanted that for me. I hope I haven’t disappointed him.

This Simple Tool Adds Social Proof to Your Website

People Buy the Why

Walmart Is Launching Their Amazon Prime Rival Service on Sept. 15

The Two Meetings with Gary Vaynerchuk That Changed My Life