Wong, O’Neill homer as Cardinals hang on for 6-5 Game 1 victory over Pirates 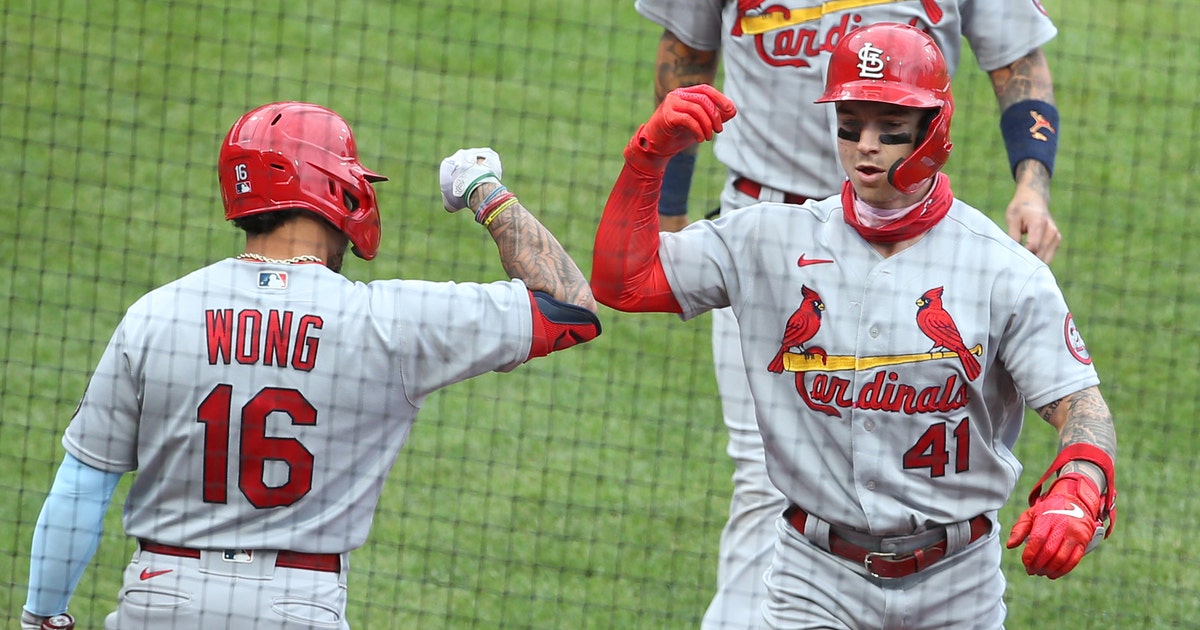 PITTSBURGH — Kolten Wong hit the second leadoff home run of his career, Tyler O’Neill added a two-run shot and the St. Louis Cardinals held off the Pittsburgh Pirates 6-5 in Game 1 of a doubleheader on Friday.

Ryan Helsley recorded the final two outs for his first career save, and it didn’t come easily.

With two outs and no one on, umpires were forced to review the pitch sequence to Kevin Newman after plate ump Jordan Baker apparently lost track of the count. Newman walked and Erik Gonzalez reached on shortstop Paul DeJong’s second throwing error.

Helsley walked pinch-hitter Josh Bell to load the bases but retired John Ryan Murphy on a flyball to end it.

After scratching out all of four hits in their previous 18 innings combined, the Cardinals managed eight in seven innings against Trevor Williams (1-8) and three relievers to overcome some sloppy defense.

Molina has been called for catcher’s interference twice in four days — prior to that, the 17-year veteran had been flagged just twice in his career.

Playing their third doubleheader in five days, the Cardinals needed a jolt as they try to stay in the mix for a playoff berth. Wong provided an early one by turning on an 0-2 pitch from Williams and sending it just over the 21-foot high Clemente Wall in right field to extend his hitting streak to 10 games.

St. Louis built a 6-2 lead through 3 1/2 innings then held on. A pair of errors in the fourth chased starter Carlos Martinez and allowed Pittsburgh creep within a run. Yet the Pirates lost for the ninth time in 10 games when they failed to take advantage of a two-on, one-out opportunity in the fifth and a one-on, one-out chance in the sixth.

Al Reyes (2-1) picked up the victory in relief of Martinez.

Martinez remained winless on the season but managed to survive an early meltdown after walking the bases full to start the bottom of the first.

The Pirates managed two runs in the inning without the benefit of a hit, one of them coming when the team asked for a replay on what appeared to be a swinging third strike against Bryan Reynolds. Reynolds chatted with Baker before walking to the bench and video review showed Molina’s glove got in the way of Reynolds’ swing, forcing in a run.

Martinez steadied himself after before his defense let him down in the fourth behind an error by DeJong and right fielder Tommy Edman that allowed the Pirates to pull within a run.

Murphy had two of Pittsburgh’s four hits. Rookie third baseman Ke’Bryan Hayes drove in two runs but the Pirates went 1 for 9 with runners in scoring position and left 10 men on base.

Reyes on the success he and Cabrera have had this year: «We came into summer camp, we both tested positive for COVID, but we didn’t take it in a negative way. When they told us to go down to Springfield, we worked our butt off, and we put ourselves in a position to be available.» pic.twitter.com/ODfsDZvwRY

Cardinals: Placed RHP Dakota Hudson on the 10-day injured list with a strained right forearm. Hudson left his start on Thursday night after two innings due to what he described as discomfort in his right arm. He went 3-2 with a 2.77 ERA in eight starts. St. Louis added RH reliever Nabil Crismatt to take Hudson’s roster spot.