Vikings, Colts look to avoid an 0-2 start to the season 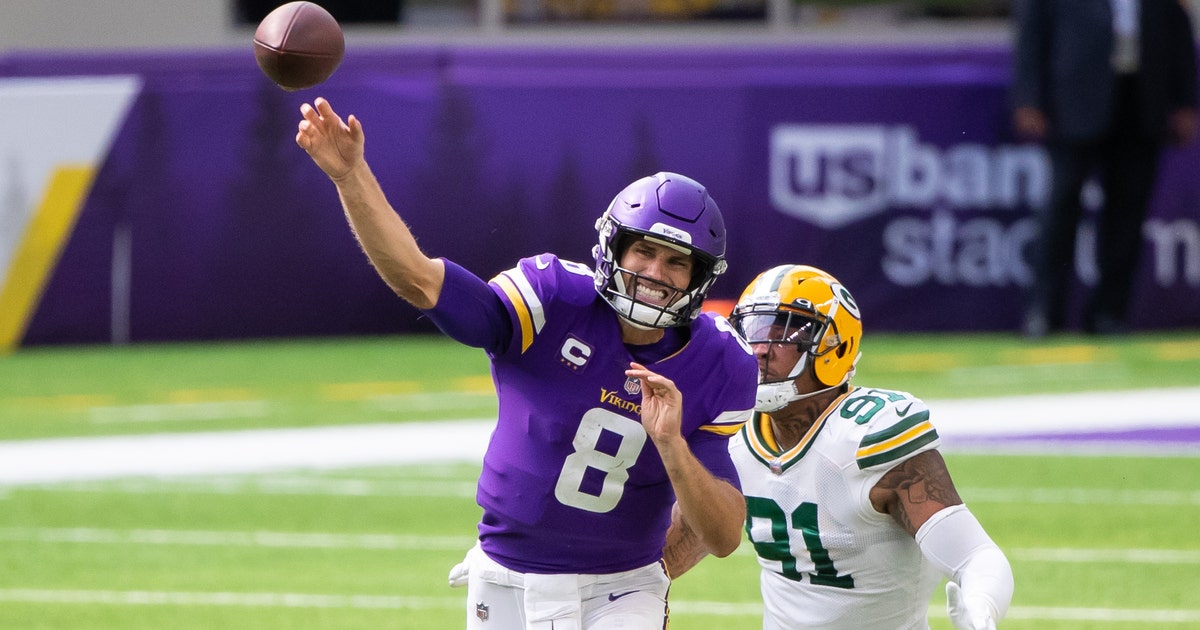 Now he’s the starter — and perhaps the finisher, too. On Sunday, the Colts are giving a 21-year-old rookie his chance to play a familiar part: workhorse back.

“Jonathan, I think has been in this mindset of he’s been a star and a starter all his life,” coach Frank Reich said. “So for him to step into this role I think is a pretty easy transition.”

Taylor is the perfect fit.

At 5-foot-10, 226 pounds, he’s powerful enough to be effective inside. His breakaway speed makes him dangerous outside. And in last weekend’s pro debut he had six catches for 67 yards. He excelled in the job at Wisconsin, too, where he logged 926 carries and became the first Football Bowl Subdivision player to top 6,000 yards in three seasons.

But with the injured Marlon Mack handing off the starting job, the Colts need Taylor to take on a heavier workload against a Minnesota defense that has typically ranked among the league’s best.

Minnesota allowed 43 points, the most in coach Mike Zimmer’s seven-year tenure, 522 yards, the second most of the Zimmer era. They can’t afford to let it happen again or the Vikings could leave town with their first 0-2 start since 2013.

What needs to change?

“I just feel like we came out flat, you know what I mean?” recently acquired defensive end Yannick Ngakoue said. “People want to say, I guess, not having fans and things like that, but at the end of the day it’s just like playing backyard football. We didn’t have any fans back then. We just went out there and had fun.”

The Colts have other problems.

New quarterback Philip Rivers threw two interceptions and Pro Bowl receiver T.Y. Hilton dropped the last two passes of the game — a feeling that has gnawed at him all week.

One possible solution is a more balanced offense, with the spotlight shining on Taylor.

“You’re excited for Jonathan,” Reich said. “This will be a great opportunity for him.”

After last week’s strange home opener, the Vikings make their first road trip of the COVID-19 era to Indianapolis, where a crowd of up to 2,500 fans could congregate.

Indy opened the season at Jacksonville, where fans were socially distanced.

“This might be a little bit more ‘normal’ now that we’ve been through this one time,” Zimmer said. “We just have to be focused on our job and what we’re going to do, and we can’t worry about crowds and protocols and anything like that.”

But the Colts have been inhospitable to Minnesota, which has lost all 11 games played in Baltimore or Indy. The Vikings own at least one road win against the other 30 franchises.

Philip Rivers remembers hanging posters of some quarterback greats in his bedroom. This week, he could be joining some and surpassing another.

Rivers needs two touchdown passes and 366 yards to become the sixth member of the 400-TD and 60,000-yard clubs, and 24 completions to pass Hall of Famer Dan Marino (4,967) for fifth in NFL history. If he makes consecutive start No. 226, he’ll tie Terrell Suggs for the league’s 11th longest streak.

And one more win will give him 124, tying Hall of Famer and former Vikings great Fran Tarkenton for No. 8.

The Vikings’ last trip to Indy was for Andrew Luck’s home debut.

But Ngakoue played at Lucas Oil Stadium four times with Jacksonville before he was traded. In eight career games against the Colts, Ngakoue has 6½ sacks, 15 quarterback hits, three forced fumbles and one interception. The Colts were eager to get him out of the division — but not happy to see him back so soon.

“He has a relentless motor,” coach Frank Reich said. “He’s a fierce competitor. That was a very good pickup for the Vikings.”

Ngakoue had only four full practices with the Vikings before his debut last week against Green Bay. He was a non-factor in the loss and acknowledged this week he was rusty.

Xavier Rhodes spent seven seasons with Minnesota before signing with Indianapolis as a free agent in March. He’s not bitter, just excited to hit some old friends.

“When I was practicing against those guys when I was there, we were competing each and every play, so it’s going to be the same right there on the field,” Rhodes said. “But I’m going to be able to tackle them this time.”

STREAKS, STATS AND NOTES — Minnesota has lost five straight in the series, its last win coming in December 1997. … The Vikings are 0-11 all-time in Baltimore and Indianapolis and haven’t started 0-2 since 2013. … Minnesota has lost four of its last five, including a playoff-eliminating loss at San Francisco. … Last week against Green Bay, the defense allowed 43 points, the most in Mike Zimmer’s seven-year tenure, and 524 total yards, the second-highest total under Zimmer. … Minnesota DE Danielle Hunter will miss his second straight game after being placed on injured reserve. … The Vikings’ only other appearance at Lucas Oil Stadium was Andrew Luck’s home debut Sept. 16, 2012. Safety Harrison Smith and tight end Kyle Rudolph are the only players still on the roster from that game. … Indianapolis has lost six of seven and three of its last four home openers. .. Team officials have announced up to 2,500 fans will be allowed inside the stadium. … QB Philip Rivers needs one win to tie Hall of Fame QB Fran Tarkenton for No. 8 in career (124) and two touchdown passes to become the sixth player in league history with 400. He also has the fifth-longest streak of consecutive starts in league history (225). … Rivers needs 24 completions to pass Dan Marino (4,967) for fifth and 366 yards passing to become the sixth player in league history with 60,000. … Rivers threw three interceptions and lost a fumble in the Chargers’ 39-10 loss to Minnesota last season. … Colts DE DeForest Buckner had one sack and a forced fumble in San Francisco’s playoff win over the Vikings last season. … Indy CB Xavier Rhodes will face his former team for the first time after spending his first seven seasons in Minnesota. Fantasy tip: After watching Davante Adams torch the Vikings’ young secondary, four-time Pro Bowl receiver T.Y. Hilton could have a big rebound after blaming himself for last week’s loss.

Giants top Mariners, 9-3, behind homers from Belt, Longoria, and Crawford