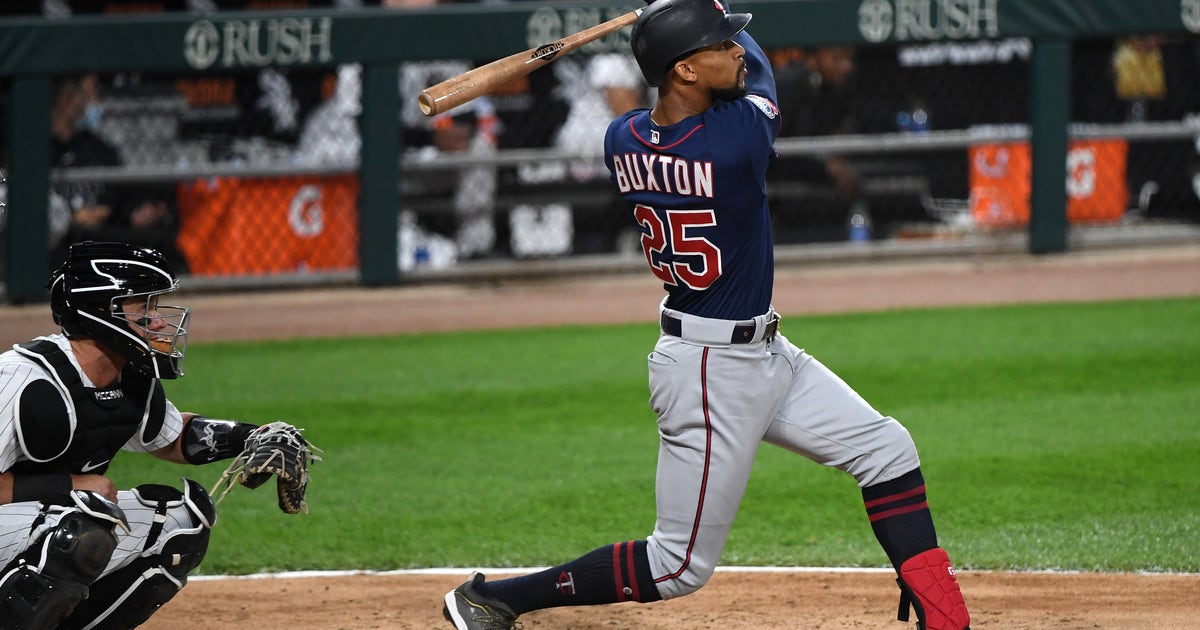 CHICAGO — Byron Buxton and Miguel Sano each hit a two-run homer, and the Minnesota Twins denied the Chicago White Sox a chance to clinch their first playoff berth in 12 years with a 5-1 victory Wednesday night.

Eddie Rosario also went deep and Minnesota pitchers retired their final 18 batters against the AL Central leaders. Chicago, which had won six straight and nine of 10, had an opportunity to secure its first postseason spot since 2008 with a win and a Mariners loss.

After dropping the first two in the four-game series, the second-place Twins moved within two games of Chicago in the division standings.

Minnesota reliever Cody Stashak (1-0) helped piece together the win for the Twins. He relieved starter Jake Odorizzi, who left with a blister issue with two outs in the fourth inning. Stashak was perfect for 2 1/3 innings with two strikeouts.

Tyler Duffey was also perfect in the seventh and the eighth with two strikeouts, and Trevor May struck out the side in the ninth to finish the two-hitter.

José Abreu homered in the fourth for the White Sox, who have lost just six times in 28 games.

Rosario led off the second with a homer off starter Lucas Giolito (4-3). It was his 11th of the season.

In the fourth, Rosario led off with a walk and, one out later, Buxton homered on the first pitch to straightaway center to increase the lead to 3-0. It was his 10th of the season and second in two nights. Buxton hit his third career inside-the-park homer Tuesday for Minnesota.

White Sox reliever Matt Foster issued a leadoff walk in the eighth and then gave up a two-run homer to Sano. It was his 12th of the season.

Abreu hit his 16th home run in the fourth. It was a leadoff shot to cut the lead to 3-1.

Giolito allowed three runs and three hits in six innings. He struck out four and walked three. The right-hander is 1-1 with a 4.37 ERA in four starts since he threw a no-hitter against Pittsburgh on Aug. 25.

Odorizzi, reinstated from the injured list before the game, had his outing cut short. The blister appeared to burst and spew blood on his right hand.

Odorizzi began the season on the 10-day IL with a right intercostal strain and returned to the club on Aug. 8. He made three starts in August, going 0-1 while allowing nine runs in 10 innings. He returned to the injured list with a chest contusion after being hit by a line drive on Aug. 21 against the Royals.

The right-hander pitched 3 2/3 innings, allowing one run and two hits. He struck out three and walked one.

Twins: C Alex Avila was also reinstated from the injured list. He missed 10 games with lower back tightness. He hit ninth in the lineup and was 1 for 4. … To make room for Avila and Odorizzi on the 28-man roster, the Twins optioned INF Travis Blankenhorn and RHP Randy Dobnak to their alternate training site. Dobnak (6-4) allowed four runs and eight hits over 4 1/3 innings in his second straight loss. “It was a very challenging decision with Randy. Randy has been so solid for us throughout. He’s been a guy that has been productive and reliable,” manager Rocco Baldelli said. … SS Jorge Polanco got the night off. … INF Marwin Gonzalez was back in the lineup after missing two straight games. He was scratched due to an illness on Monday. He was 1 for 3 with a walk.

Chris Woodward on Cody: ‘I could have kept him in a few more innings’

Marcellus Wiley: ‘Dak is a genius’ for betting on himself after Week 1 loss