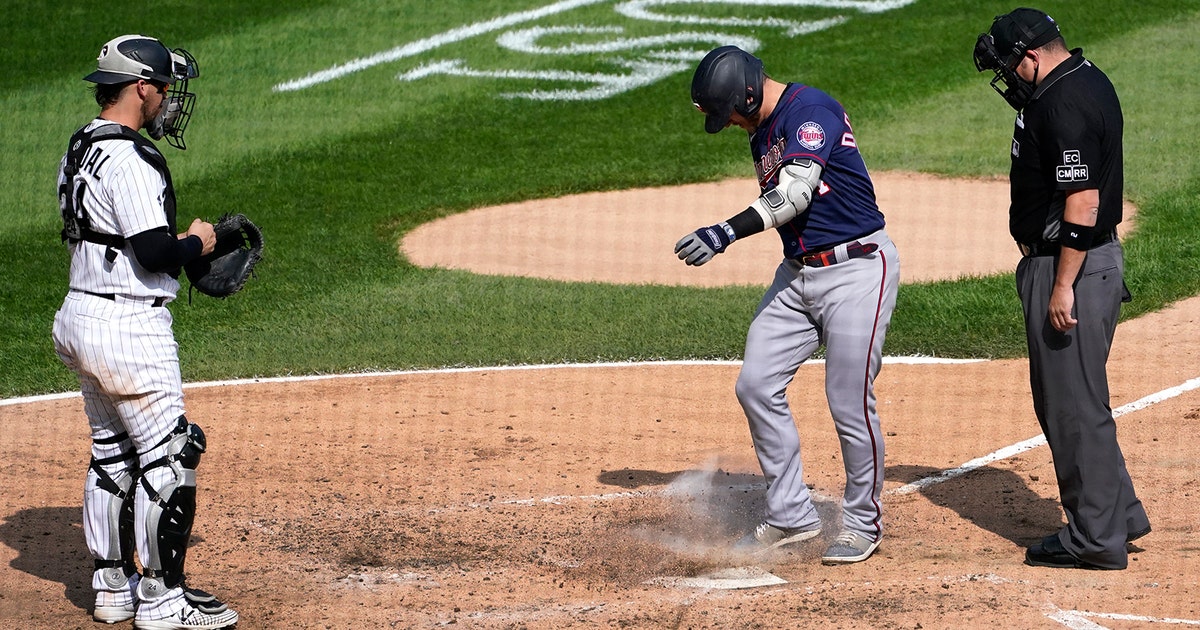 CHICAGO — After clinching a postseason berth for the first time since 2008, the Chicago White Sox were low key during their on-field celebration.

“We said we’re going to save it for when we clinch our division,” Eloy Jiménez said Thursday after his tiebreaking double capped a two-run, seventh-inning rally in a 4-3 win over the Minnesota Twins. “We have 10 games left. We need to keep playing hard.”

Chicago (33-17) opened a three-game lead over the second-place Twins (31-21) in the AL Central. The White Sox assured themselves of no worse than a wild-card berth.

José Abreu homered and drove in two runs and Edwin Encarnación also homered for Chicago, which won three of four in the series.

“We’re definitely bringing excitement back to the South Side,” shortstop Tim Anderson said.

Chicago trailed 3-2 in the seventh when Abreu, who leds the major leagues with 51 RBIs, beat out an infield hit on a slow grounder to shortstop that drove in Jarrod Dyson from third base.

Jiménez, who had struck out in his three previous at-bats, followed with a double that drove in pinch-runner Yolmer Sánchez.

Byron Buxton homered twice, giving him seven in his last nine games and 12 this season. Josh Donaldson also went deep for Minnesota, whose lead for home-field advantage in the first round was cut to 1 1/2 games over the New York Yankees.

Donaldson barked at plate umpire Dan Bellino for the second time in the sixth inning after a strike was called on a checked swing on a 2-0 pitch. After manager Rocco Baldelli came out to speak with Bellino, Donaldson homered on the next offering and kicked dirt at home plate as he crossed it after rounding the bases.

Bellino ejected him immediately, and Donaldson, realizing he had missed home plate, returned to the plate to touch it and then argued as he kicked more dirt on it. Donaldson also had argued with Bellino on a 1-1 breaking ball in the first inning that appeared to be high but was called a strike, leading to a strikeout.

“We need Josh on the field, out there playing, and at third base,” Baldelli said. “That’s when we’re at our best. And so that’s really the end of it. I think we can move past it at his point, and go from here.”

Tyler Clippard (1-1) gave up two runs in two-thirds of an inning.

Buxton homered in the second, Abreu tied in the fourth, and Buxton gave the Twins a 2-1 lead in the fifth with a 420-foot drive. Encarnación tied it the bottom half.

Minnesota had a chance to extend the lead in the seventh when center fielder Luis Robert allowed Ryan Jeffers’ fly ball to glance off his glove for an error. Buxton started the play on first and was near second and started to return when the ball fell, then sprinted home. Robert quickly retrieved the ball and fed cutoff man Nick Madrigal, who made a one-hop throw to catcher Yasmani Grandal for the tag.

RHP Zack Littell was sent outright to the Twins’ alternate site at St. Paul after clearing waivers. Littell, who last appeared in a game on Aug. 21, has a 9.95 ERA in six games after going 6-0 with a 2.68 ERA last season.

Twins: Baldelli said there’s a chance RHP Jake Odorizzi (blister) could pitch again this season but the team won’t know his status for a couple more days. Odorizzi, making his first start in a month, had to leave Wednesday night’s game in the fourth inning after the blister on his middle finger opened up.

White Sox: LHPs Aaron Bummer (nerve issue near biceps) and Carlos Rodón (shoulder, back) worked out on the field before the game.

Twins: Minnesota moves eight miles north to Wrigley Field for the second leg of its week in Chicago to face the Cubs in a three-game series. LHP Rich Hill (2-1, 3.81 ERA) faces RHP Kyle Hendricks (5-4, 3.29) in the opener Friday night.

White Sox: The start a series Friday at Cincinnati.

LaVar Arrington: Harbaugh was right for keeping Lamar Jackson in Browns matchup despite large lead | SPEAK FOR YOURSELF