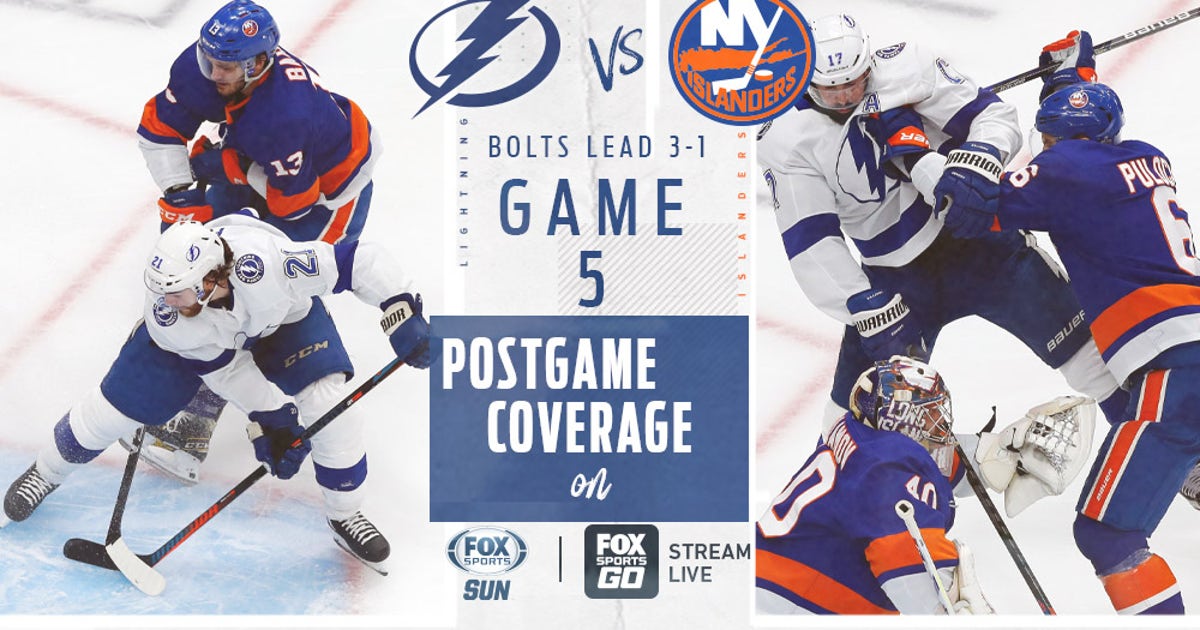 The Tampa Bay Lightning look to clinch the Eastern Conference finals over the New York Islanders in game five. The teams meet Tuesday for the eighth time this season. The Lightning won the last meeting 4-1.

The Lightning are 28-12-3 against conference opponents. Tampa Bay leads the Eastern Conference shooting 11.2% and averaging 3.5 goals on 31.1 shots per game.

The Islanders are 11-7-4 against opponents from the Metropolitan Division. New York has converted on 17.3% of power-play opportunities, scoring 29 power-play goals.

Brayden Point leads the Lightning with a plus-28 in 66 games this season. Ondrej Palat has eight goals and three assists over the last 10 games for Tampa Bay.

Casey Cizikas leads the Islanders with a plus-12 in 48 games this season. Brock Nelson has six goals and four assists over the last 10 games for New York.